You are going to view this item on TheRomanGuy.com our main brand.

One of Rome’s most famous vegetables is on almost every local menu this time of year. If you’ve been to Rome in the spring, you probably know exactly what I’m talking about. It’s artichoke season! Running roughly from February to June, the season produces an abundance of this delicious vegetable. If you’ve ever eaten one, you know that it’s a hearty flower-like plant with tough leaves that get peeled away one by one to reveal the prize in the middle – a tender, melt-in-your-mouth heart! Of the many ways in which artichokes are served, some of the most common are stuffed or steamed in their whole form, or olive oil marinated hearts served in pasta dishes, on sandwiches, or as pizza toppings.

Ways to Enjoy Artichokes in Rome 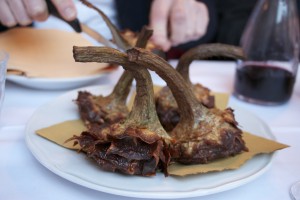 The two main ways you will see carciofi (the Italian word for artichokes) served in Rome are “alla Romana” (Roman style) and “alla Giudia” (Jewish style). Artichokes “alla Romana” are braised with olive oil and garlic, whereas “alla Giudia” are deep fried whole. Both are delicious and I suggest trying each to fully appreciate the differences. You’ll find them on almost every restaurant’s menu in Rome, but to be sure to get a high quality dish, The Roman Guy suggests Nonna Betta in the Jewish quarter where artichokes “alla Giudia” originated and Trattoria Da Teo  in the Trastevere neighborhood. Also, to guarantee a true Roman artichoke, only order them in season.

If you prefer your artichokes in liquid form, Cynar(chee-nahr) is an Italian digetif (after dinner drink) made from an artichoke base and said to aid digestion. The bitter flavor is not for everyone, but if you’re feeling adventurous, pick up a bottle and shake up one of these cocktails invented American bartenders, or simply order a Cynar and soda.

History and Other Uses of Artichokes – traditional Italian food

The artichoke is one of the world’s oldest medicinal plants, dating back to use by ancient Romans and Greeks in the 4th century B.C. Artichokes are high in antioxidants, fiber, aid digestion and reduce cholesterol. Native to the Mediterranean region, they are now grown in many parts of the world, including the United States, where they were introduced by French and Spanish immigrants in the 19th century. 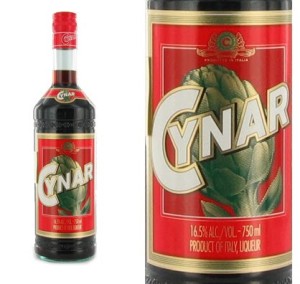 In case you’ve enjoyed a few too many Cynar cocktails and are suffering the following morning, try using artichokes as a hangover remedy. I can’t speak from experience, but it’s something to keep in mind next time you’re in desperate search of a cure. The leaves are said to be the best part for medicinal uses, but today can be found in supplement form as well.

Right now we’re in the heart (no pun intended!) of the artichoke season, so get out there and enjoy them while they’re fresh!

If you want to taste more Italian delicacies, you can drool over our blogs or you can take one of our scrumptious food tours!

How to make the perfect Carbonara?

What is the Best Gelato Flavor?